Investigating the Lives of Ancestors, Collateral/Allied Families and Complete Strangers

A collection of narratives, in PDF documents, about ancestors, their relatives, and a few strangers who caught my eye. 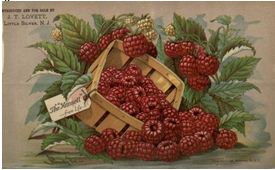 Peter David Hansell first appears in Darby, PA in 1754. The widow of his son William moved into downtown Philadelphia about 1800. The widow's son Thomas was the father of James S. Hansell who moved to Willingboro, NJ in the 1850s. His daughter Ella Hansell married Richard R. Lippincott and the couple lived in Rancocas, NJ. To the left is an advertisement for the Hansell Raspberry, developed by James S. Hansell at his farm in Willingboro. 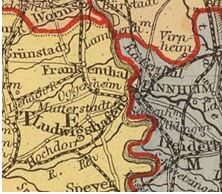 A somewhat improbable family story of a stolen child, surprisingly corroborated by a will in the Chester County Archives, helped sort out Georges claimed to be sons of Joseph Sellers and Hannah Paschall. The Georges belong to one Baltasar Selzer aka Paul Sellers. Read both narratives here 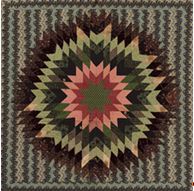 
Other Hansell Families in the Philadelpia Area 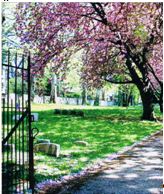 While sorting out Pennsylvania Hansells, I came across a group of Hansells buried in the Merion Friends Burial Ground in Merion Station, Montgomery County, PA. In 1786 one Lewis Hansell married Mary Bond. Are the people in this burial ground Lewis and Mary and their children? I don't know for sure. Read about them here

A Hansell married Bertha Clear's sister, but Bertha takes center stage in this narrative. Her first exploit was marriage to a Living Skeleton and things only got more interesting after that. Click here 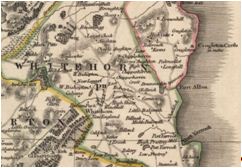 In 1847, a Hansell in the line I am studying married John Sinclair (masonry contractor) and the couple lived in New York City. The Sinclairs crossed paths, professionally and socially, with David and John Jardine, Scottish-born brothers and architects. David and John left a highly-respected architectural legacy in New York City, but it was their father Archibald Jardine 1786-1868 who really caught my attention. Click here 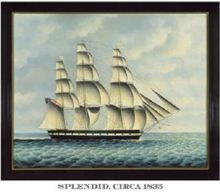 Photographs in a cardboard box of family memorabilia spurred on this research. Paul Giesregen of Bavaria arrived in Baltimore aboard the Ship Rebecca in 1844. Jacob Kolb of Weiler, Germany arrived in NYC in 1852 on the Helvetia. In 1854 Gustave Ettensperger of Ellwangen, Germany sailed on the Ship Splendid to NYC. About these families, click here

Joshua Mabry and Frances B. Strother married around 1816 and raised their children in Louisburg, Franklin County, North Carolina. Joshua was something of a brick wall. I chipped away for a while and it seems he may be a child of Reps Mabry of Warren County, NC. Joshua's second born child was a mystery. Likely he is James L. Mabry who led a short but adventurous life in Texas. He survived the Santa Fe Expedition only to perish on the Texas Navy schooner "San Antonio" when it disappeared in the Gulf of Mexico in 1842. 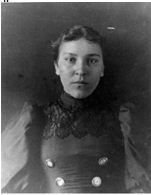